I provide reliable, competitively priced interpreting services in London, throughout the United Kingdom and Italy and beyond, working from Italian to English, English to Italian and French to Italian.

I can be your Italian–English or English–Italian conference and business interpreter for conferences, European negotiations, exhibitions, meetings and networking, product launches, sales presentations, training courses and webinars. Interpreting can take place live face-to-face, remote, Skype, or by telephone.

There are three major techniques used for language interpreting. Which one do you need?

I will help you choose the right mode of interpreting for your event. 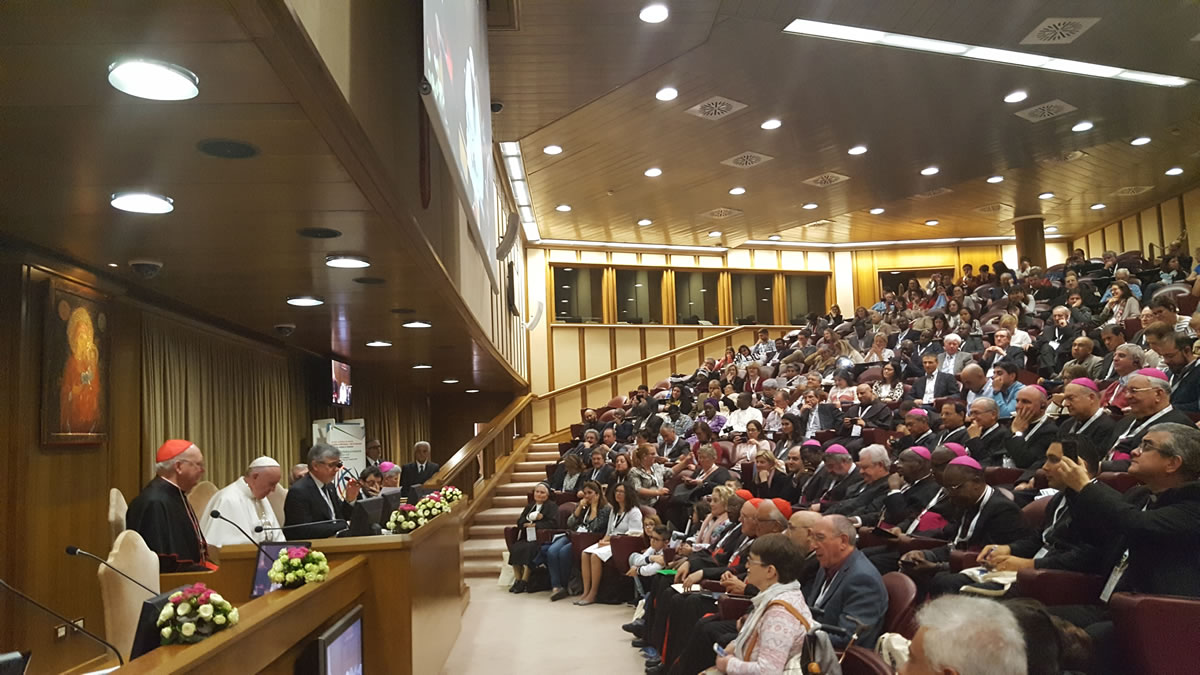 HOW IT WORKS:
I will listen to the speaker and interpret the message while he or she is speaking. I will usually be sitting in a soundproofed booth wearing a headset and will simultaneously deliver my translation through the microphone. Thanks to wireless technology, delegates requiring the translation into their mothertongue will listen to me through their own headsets, while the keynote speaker is talking.

I will share the booth with a professional colleague.

WHEN IT WORKS:
Large conferences, meetings and large international events 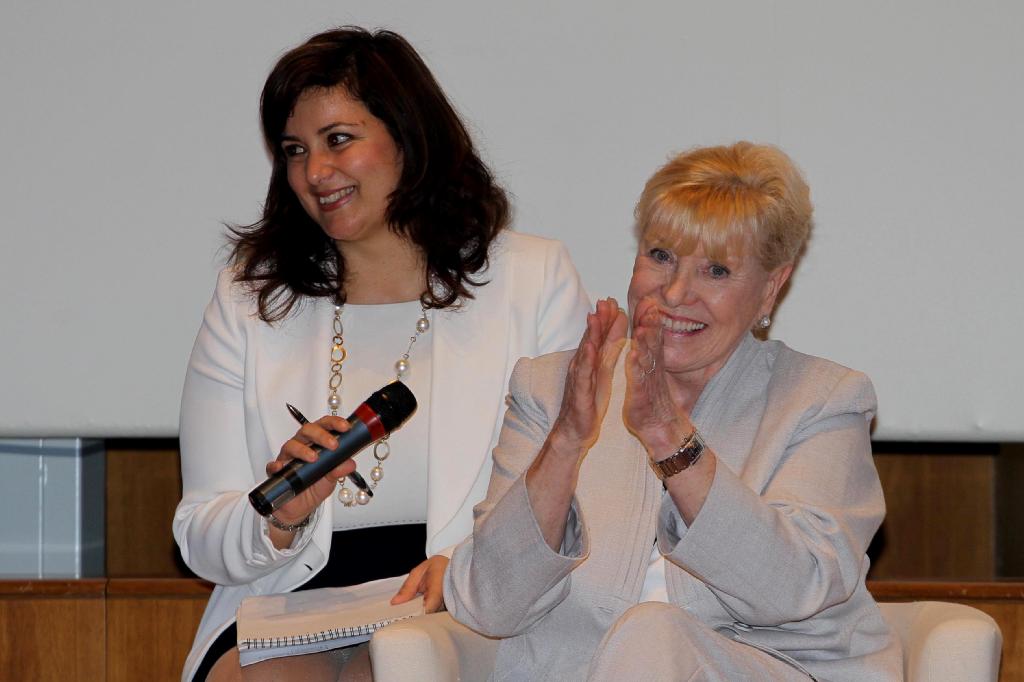 HOW IT WORKS:
I will listen to the source-language speaker for a few minutes at a time until he stops and allows me to deliver the message to the audience.

I will be interpreting after the speaker has finished.

I will either sit or stand beside the source-language speaker. Depending on the nature and duration of the speech I can either take notes or memorize the message to be conveyed. 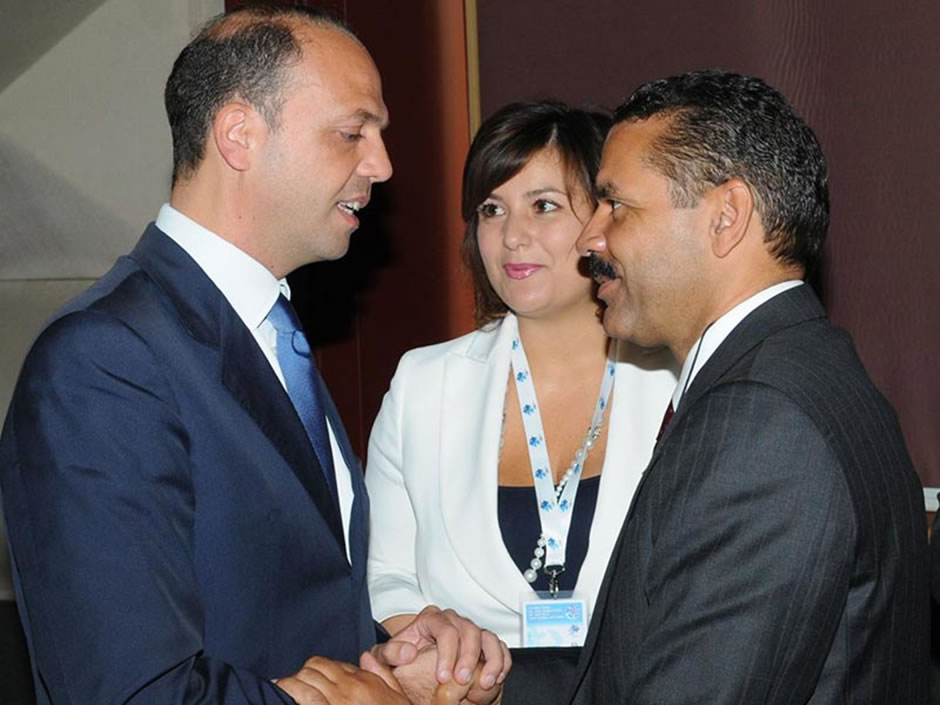 HOW IT WORKS:
I will be beside or standing among the delegates interpreting simultaneously directly into the ear of the delegates.

Higher quality is guaranteed when using a headphone to that I can get the best possible sound from the source-language spearker.

WHEN IT WORKS:
usually where only a small number of people need the service or equipment for simultaneous interpreting is not available, bilateral meetings.

Specialised interpreter based in London

My expertise lies in translating and interpreting across a broad spectrum of subject areas. My focus lies in:

I have had the honour of interpreting and translating for many outstanding people, including:

It’s a great way to break down the language barrier for people on the move.

Being versatile they system can be used for events including:

Participants wear lightweight, portable headsets to hear the simultaneous interpretation of an interpreter who accompanies them or sits/stands in the room close to the speaker.

Sennheiser Tour guide interpretation sets with 20 receivers, 6-channel selectors and one head worn
microphone for the interpreter (per set)

This truly unique device integrates both the receiver and headphones and delivers a number of advantages.

Your participants will be able to individually adjust the volume through a rotary control on the receiver, without the need to even take the device off.

A LCD display will clearly confirm the volume, battery status, quality of reception and the channel being listened to.

Channels can be easily set and adjusted by using the middle button.

The powerful battery ensures that the device will work for up to 8 hours.

The reception-area outdoor is approx. 100 m, indoor it is approx. 50m.

Ensure your delegates can hear you next time you conduct a guided tour, a factory visit, a technical expedition, a business meeting, a training session by getting in touch for a no obligation quotation.

Imagine being able to convey your message in any language in real time, anytime and anywhere.

That’s the beauty of remote simultaneous interpreting – the process of interpreting what is said from one language to another in real-time from anywhere in the world.

In these days of severe restrictions on travel and meetings, RSI is the interpreting mode that’s having it’s finest hour, offering a modern, fuss-free solution to help organisations continue to do business with each other.

Are you organising an online conference or workshop?

Do you need an interpreter at short notice for a last-minute business meeting?

All you need is your smartphone or laptop as a receiver. All I need are my laptop, browser and headset. No software! No travelling! Complete real-time, remote support from a highly-proficient interpreter.

Find out more about RSI, software & tools, and get to know how RSI can benefit your business!

The most remarkable factor of RSI is how simply and smoothly it operates.

The speaker speaks in one language, which is streamed live to a remote interpreter through a web browser on your laptop. Using a headset and microphone, the interpreter translates the speaker’s language into another language which is transmitted to the RSI platform through their laptop. Attendees can connect to the RSI platform via their own laptop or mobile device and will be able to see and hear the speaker in their chosen language. It’s quick and easy and helps to deliver a seamless spoken word experience.

This mode of interpretation can be used for conferences, webinars, board meetings, small meetings, workshops, and panel discussions.

Is this the future of interpreting?

By minimising travel costs and accommodation costs, remote simultaneous interpreting is nearly half the price of traditional interpreting.

Connect from anywhere in the world:

RSI enables you to carry out your event, anytime and anywhere via smart devices or traditional receivers.

You won’t need to organise flights and accommodation for interpreters. Just think of how much time and hassle you’ll save so you can concentrate more on your event.

You could even host your event on a remote island or resort and it wouldn’t be an issue with RSI technology.

Interpreters get greener by not having to travel to provide their services.

I recently provided RSI for conferences in Japan, Rome, Amsterdam, Zurich and Berlin. It’s definitely what I consider to be the perfect solution for you right now.

Contact me now to discuss your upcoming project.
WHY LUCIANA?

Why work with me?

I have over 20 years’ experience as a conference interpreter, including at EU conferences and working groups, business meetings, seminars and press conferences, in London, throughout the UK and Italy and beyond. I guarantee my valued clients a high level of linguistic skills, consummate professionalism and uncompromising service.

It was great to meet you and to work with you. I was very impressed with your work and so were all Latvians. But I think that it was a success of all of us - interpreters and presenters - working as a good team. Especially you and the whole Italian delegation really know how to organize work so that the people perform best and remain happy and relaxed.

I simply wanted to once more thank you for your assistance, both during the conference in Rome and the working group visit in Copenhagen. It was a pleasure both professionally and socially and your high quality translation was key to a successful working group in Copenhagen.

Luciana is an outstanding interpreter, as evidenced by the professional way in which she was able to translate effortlessly from English to Italian and vice versa at a recent event in London with a prominent retail company. I would recommend Luciana highly to any discerning client as she is simply the best interpreter that I have used over the past 10 years. I will be definitely booking Luciana again when the next occasion arises.

- Roberto Fonzo, A.S. Roma.S.p.A.
Talk to me about organising online or over the phone interpreting.