Interpreting at the Sustainability Summit – The Economist, London 21st March 2019 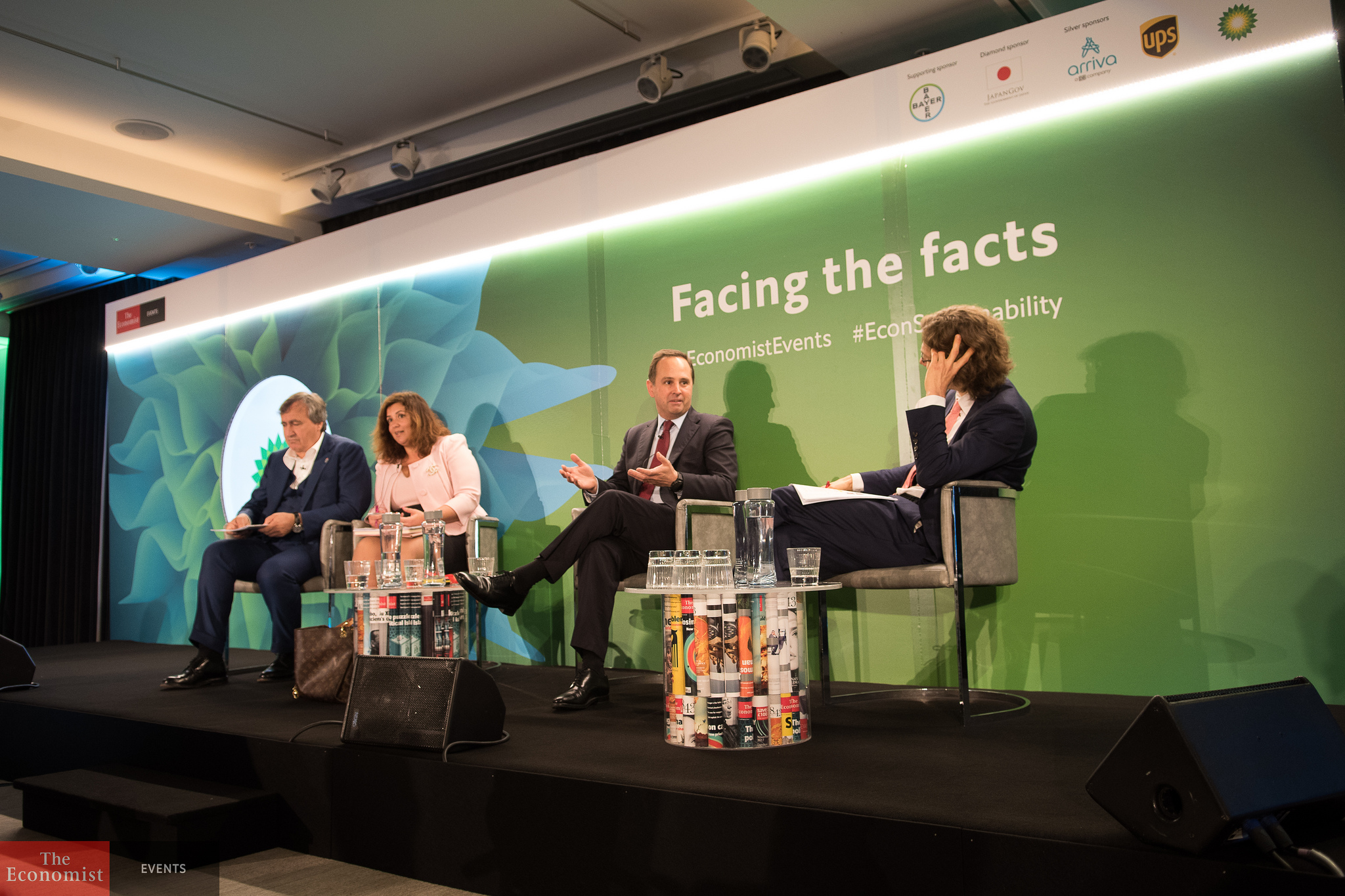 Consecutive interpreting for the Mayor of Venice, Luigi Brugnaro, at The Economist Sustainability Summit 2019.

During the summit on the 21st March, I used a ‘listen, pause, talk’ approach, called consecutive interpreting. The event included Mayor’s talk first, followed by a Q & A with the audience of business leaders. Mayor Brugnaro’s speech covered many topics, including quite a lot of detail on the new waste recycling system in Venice and the eco-friendly vaporettos.

My client was very pleased with the interpreting and also with how the QA went!

Here’s some feedback I received: “…live Q&A with an interpreter is never particularly easy but I thought you made it look as effortless as possible… it would be such a shame to miss out on these important perspectives if we didn’t have people like yourself to interpret.”

Mayor Brugnaro is a man of natural flair and charisma, and I did my best to convey his passion for Venice and his sense of humour. To convey the message during a consecutive interpreting assignment, I need to have strong public speaking skills, look confident on stage, and even mirror the speaker’s delivery style when possible.

Here are just some snapshots of the social media coverage during the event: 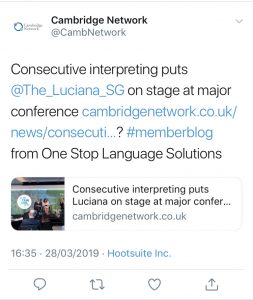 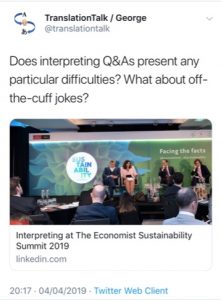 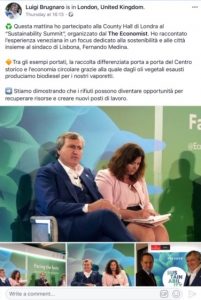 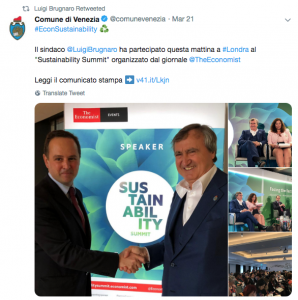 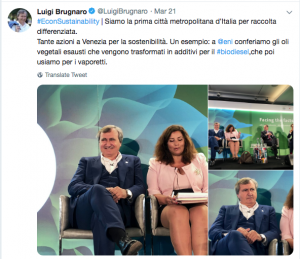 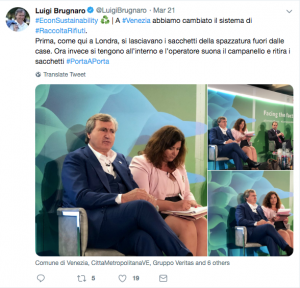 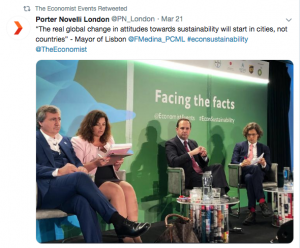 “Luciana was fantastic to work with before and during the event. Efficient, friendly and diligent, she ensured the speakers and moderators for the live Q&A felt totally at ease and brought a natural flow to the on-stage conversations. Luciana worked hard before the event to make sure she was totally prepared for the discussion. Live Q&A with an interpreter is never particularly easy, but Luciana made it look as effortless as possible and the room was grateful for that. It would be such a shame to miss out on these important perspectives if we didn’t have people like her to interpret. Thank you, Luciana, I look forward to working with you again.” – Holly – The Economist Group

It was a pleasure to be able to interpret for the Mayor and take part in such an important Sustainability event.

If you need someone to interpret at your sustainability event or conference, get in touch!

If you could escape one task on your to-do list, w

Isn’t it brilliant when a seemingly casual email

No! ☺️ Although translators and interpreters b

Positive feedback and professionalism are my mains

✨Happy Monday ✨ It feels surreal to be in Pari

Those who know me, know I am a champion of persona

I ❤️ working! Happy May Day everyone. Choose