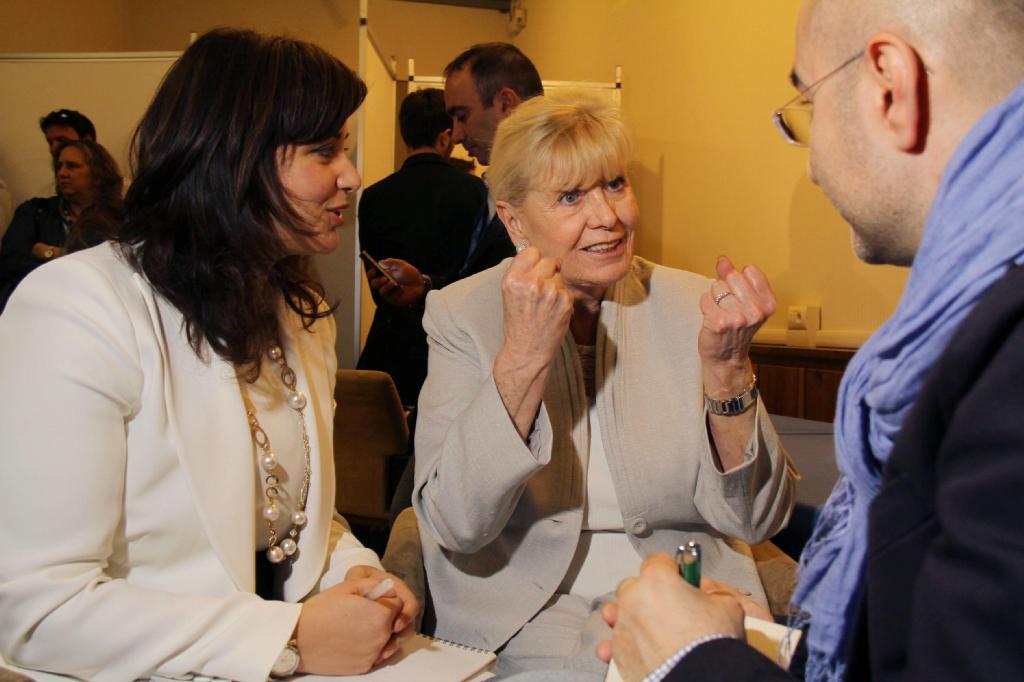 During my professional career, I have had, and still have, the privilege of working alongside (in the literal sense of the term) personalities of international stature from the world of politics, institutions, and entertainment.

In 2011, during the second National Meeting of UNICEF volunteers, I was the interpreter for Betty Williams (Nobel Peace Prize Winner 1976), who passed away, sadly, on 17 March 2020.

Betty was a Catholic activist from Northern Ireland who, in 1976, along with Mairead Corrigan, founded the Women for Peace movement, then renamed Community for Peace People.

But Betty also had strong ties with Italy, especially the Basilicata Region: an idea of hers led to the creation of Fondazione Città della Pace (City of Peace for Children Foundation) in the Municipalities of Sant’Arcangelo and Scanzano Jonico.

This Foundation, which is still active, has a mission to provide hospitality, information, and integration services to allow those who are forced to flee to contribute to the development of the local community which welcomes them.

I like to remember her with this phrase: “To say that on a daily basis you can make a difference, well, you can. One act of kindness a day can do it.”